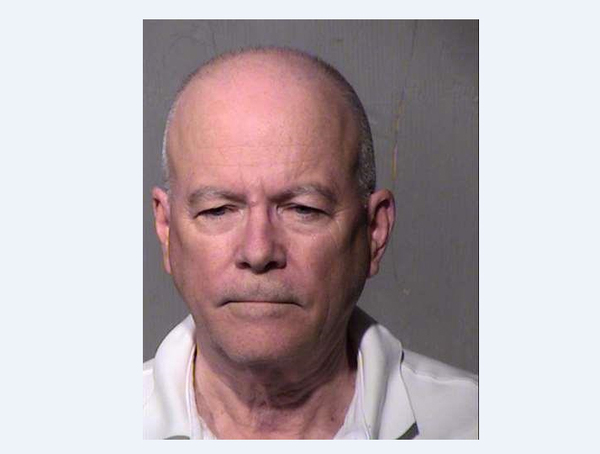 One of the five priests charged by the Michigan Attorney General's Office last week got his start in Livingston County.

69-year-old Timothy Michael Crowley was arrested last week in Tempe, Arizona, where he’d been living the last few years, and charged in Washtenaw County with four felony counts of Criminal Sexual Conduct (CSC) in the first degree, and four felony counts of CSC in the second degree. Records with the Lansing Diocese show that he began his priesthood at St. Patrick Catholic Church in Brighton in 1979 as an assistant chaplain before he moved a year later to Holy Rosary Church in Flint.

He stayed there until June 1982 when he transferred to St. Mary, Star of the Sea in Jackson, where the abuse is allege to have begun involving a 10-year-old altar boy. Crowley’s abuse is said to have continued with the boy through his appointments as pastor at St. Anthony in Hillsdale and St. Thomas the Apostle in Ann Arbor until 1993, when he admitted his actions to Lansing Bishop Kenneth Povish. Crowley was then removed from ministry.

A $200,000 settlement was made that same year with the original victim, who was now an adult. The attorney general's complaint says the victim was made to sign a non-disclosure agreement as part of the settlement. Crowley then spent two years in a treatment program for priests in Alma, before taking a position with the diocese in Anchorage, Alaska.

According to a 2003 article from the Anchorage Daily News, parishioners there were never informed about Crowley’s past, while Bishop Povish minimized the abuse as a “one-time” event when the priest’s name was released in 2002 as part of a “zero-tolerance” policy adopted by American bishops. But because church protocol changed in 2002, Crowley was removed from the Anchorage archdiocese and defrocked.

While there is no evidence Crowley committed abuse while he worked at St. Patrick Catholic Church in Brighton, the Attorney General’s Office has set up a tip line at 1-844-324-3374 and website to assist their investigation. The tip line is available from 8am to 5pm Monday through Friday. The website can accessed through the link below.

Meanwhile, St. Pat's pastor, the Rev. Mathias Thelen, told WHMI that it was "disturbing to me that a perpetrator of crimes like this was at our parish. No matter how long ago this happened, I’m glad he is being brought to justice." He pointed anyone wanting more information to the official statement from the Lansing Diocese (Click Here) and added that since 2002, all volunteers, clergy and staff members who have any contact with children in the parish (and all parishes in the diocese) must pass a background check and go through training on how to spot and report abuse. "Children at St. Patrick are as safe as we know how to make them. It is important for anyone who has been abused to come forward and tell the civil authorities and contact our Diocese’s victim assistance coordinator. It doesn’t matter how long ago an incident happened, victims should come forward." (JK)