Couple Gets Married At Party City In Brighton 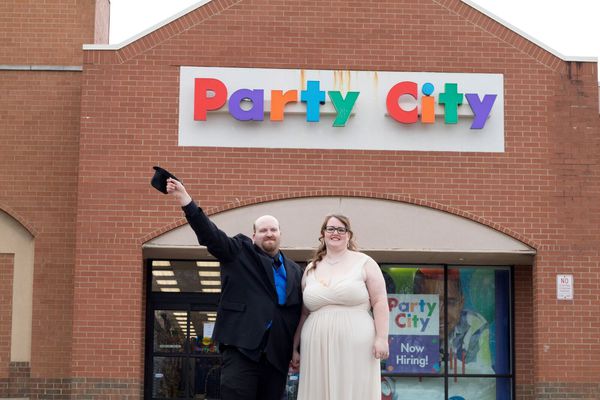 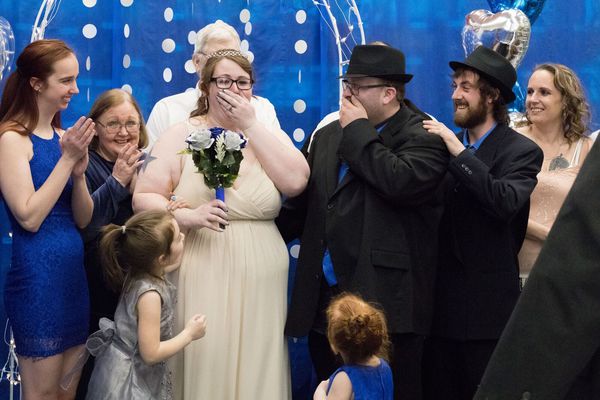 A local couple didn’t have to worry about decorations for their unique wedding this past weekend.

The couple, Justin and Heather Sietman, got married at the Party City in Brighton, choosing that location as it holds a special place in their hearts. Justin started working at Party City in 2013 as a temporary employee, but had met Heather through a previous job. After reconnecting through mutual friends a few years later, Heather says she caught Justin’s eye and with a little help from social media, and their relationship blossomed.

The couple wanted to avoid the typical wedding venue, and planning headaches, and decided Party City would be the perfect, fun place to say their I-Do’s. The ceremony was officiated by the local Party City general manager Ben Shuh, who has been Justin’s mentor, while the aisle was filled with family, friends, and coworkers and of course, lots of wedding decorations.

As an added bonus, Justin was promoted from Merchandise Specialist to Operations Manager on his wedding day. To top off the day, Party City surprised the couple with a $1,000 donation to use towards their honeymoon. The couple is now saving up to buy a home for themselves and Heather’s three young children. Pictures courtesy of Party City. (JK)