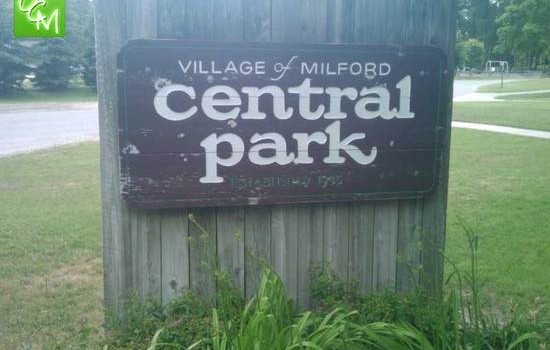 A case of vandalism at Milford’s Central Park has been solved thanks to help from the community.

The Milford Police Department says the suspect responsible for damage at the Central Park restrooms has been identified, which is being directly attributed to community members following the Milford Police Facebook page and sharing it. Police say a 19-year-old male has admitted to the vandalism who is a long time Milford Township resident and former Milford High School student. Police say the man is being charged criminally and full restitution will be required for both damages and the labor. It was noted the suspect's parents have been extremely cooperative throughout the investigation. Police say it was also confirmed that an air-soft pistol was in his possession.

Police say within minutes of a Facebook post, tips flowed into the station and within three hours, an investigator was reasonably sure of the suspect's identity. At the beginning of Tuesday’s shift, the case was wrapped up. The department thanked the community and credited the quick, experienced work of Lieutenant Matthew Brumm, saying it sends a clear message to individuals who abuse Milford's great resources. The department said “it’s a great statement when over 30,000 people see a Facebook post from a small police department like ours and we work together to protect our community. "If you see something, Say something"”. (JM)