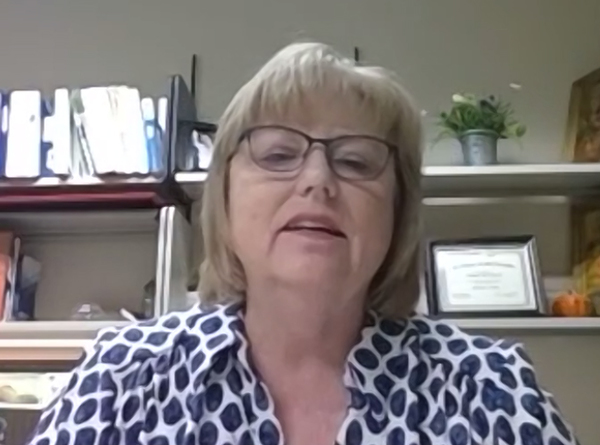 With coronavirus cases increasing, a leader within the local health department says that Livingston County is ahead of the state average with contact tracing and case investigations.

Dianne McCormick, Health Officer and Director for the Livingston County Health Department gave a report to the County General Government and Health and Human Services Committee at their online meeting, Monday. McCormick said the county is experiencing an average of 45 to 50 new cases per day, with each infected person averaging 4 close contacts each. She said currently the local surge seems to be coming from mostly small group gatherings, social events, youth and adult sports leagues, and church attendance. This is similar to the rest of the state.

McCormick called contact tracing an essential function, with the state metric for attempting to contact a positive case within 24 hours being 90%. She told the committee that they had been performing above that metric until the recent surge, and are still reaching more people than many other health departments. Until the recent surge they were hitting 100%, but now are down to 83%. McCormick said the bright side is, they are still well above the state average of 54%.

McCormick said they are averaging 64% completion of case interviews within 24 hours, which means that most people are picking up their phones and answering them. Before the surge they were attempting to reach positives cases 2 or 3 times, but that’s gotten more difficult with more people to reach. If they are unable to reach someone by phone the health department will send a letter.

She also gave credit to Elaine Brown who put off retirement to lead the county’s contact tracing and case investigation efforts. In doing so, Brown has accumulated 250 hours of un-compensated flex time. McCormick made a request that she be paid out of available grant funding that could be excluded from MERS compensation. Committee heads will discuss whether the General Government or the Personnel Committee should handle this request, and then consider options at the appropriate meeting.