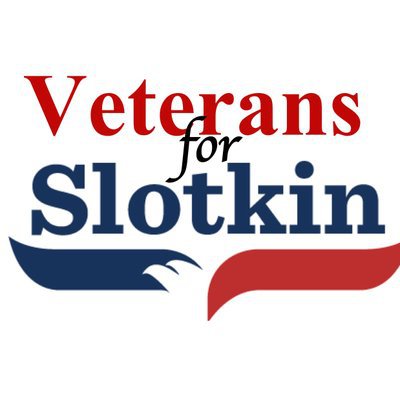 A group of veterans from the 8th Congressional District, including Livingston County, have come out in support of Democrat Elissa Slotkin in her race to unseat Republican Congressman Mike Bishop.

“Veterans for Slotkin” is a group of 25 veterans from Livingston, Ingham, and North Oakland counties endorsing Slotkin. Among them is Matt McKenna, a Brighton-area Army veteran who served as an Infantry Army Captain in Iraq. McKenna says his decision to support Slotkin is not one that was made lightly, having voted for Republican candidates in the past, including Bishop. "I don't feel that I have changed that much as a voter, but I feel the Republican Party has shifted farther and farther to the right away from my values. When I looked to Mike Bishop's voting record, I see someone who votes in the best interest of the Republican Party but not necessarily with an independent voice that is separate from the platform by which he got elected."

McKenna, a doctor serving as a resident at McLaren Hospital in Flint, says Slotkin is “understanding, caring, clear, intelligent and knowledgeable” about veterans issues in a way that former 8th District Congressman Mike Rogers used to be, although it should be noted that Rogers has endorsed Bishop for re-election.

McKenna says he has confidence Slotkin, who served three tours of duty in Iraq with the CIA and the in the Defense Department in the Bush and Obama administrations, will chart an independent course and not be beholden to the Democratic Party, but instead to constituents.

In response to the announcement, Stu Sandler, a consultant for the Bishop campaign, told WHMI, "Veterans support Mike Bishop because he has a record of supporting our service members. While Mike Bishop was standing up for our military members, Elissa Slotkin was sending billions of dollars to the world's largest State sponsor of terrorism in the misguided Iran Deal. That money was unsurprisingly used to foment terrorism in the Middle East. Elissa Slotkin also spearheaded the failed strategic policies in the Middle East that led to the rise of ISIS. During her failed confirmation hearing Senator John McCain called Elissa Slotkin "totally unqualified" and questioned her honesty." He added that Bishop had introduced H.R 6734, the Full Military Honors Act of 2018, which will allow enlisted Medal of Honor recipients and Prisoners of War (POWs), who are eligible for burial at Arlington National Cemetery to receive a full military honors burial. "He also supported legislation to expand educational benefits for veterans and their spouse and dependents by increasing funding and removing the 15 year deadline to use the benefit. This bill was signed into law last year."

That prompted a counter-response from the Slotkin campaign."The time that Bishop's campaign is referring to is when Elissa Slotkin served in the CIA and in top national security roles in Republican and Democratic Administrations, working every day to protect U.S. forces and the U.S. homeland. Her time in national security included three tours in Iraq, where Slotkin had to run from and take cover from Iranian rockets. Her expertise and mission focus on protecting our country is why she's been endorsed by Republican and Democratic national security leaders that she served with, including former Republican Senator and Secretary of Defense Chuck Hagel," said Laura Epstein, Slotkin's spokesperson.