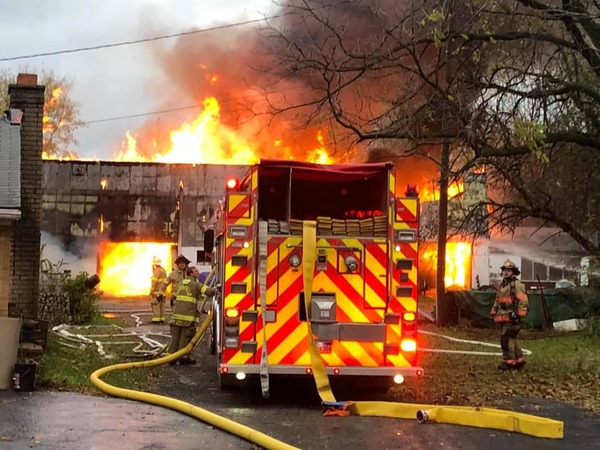 The Dexter Area Fire Department was called to the scene of a barn fire just after 8am on Jennings Road in Webster Township. Upon arrival, crews found the large barn, which contained more than 1,500 bales of hay and various pieces of farm equipment, fully engulfed in flames. It’s believed the hay was ignited by a space heater. MLive.com says because of the rural location of the barn, there was no access to a municipal water supply, which meant additional tanker trucks had to be called in from more than half a dozen other nearby departments.

In all, eight departments worked on the scene for eight hours using water from Independence Lake and a retention pond at Whitmore Lake High School. While the barn was a total loss, there were no injuries reported at the scene.