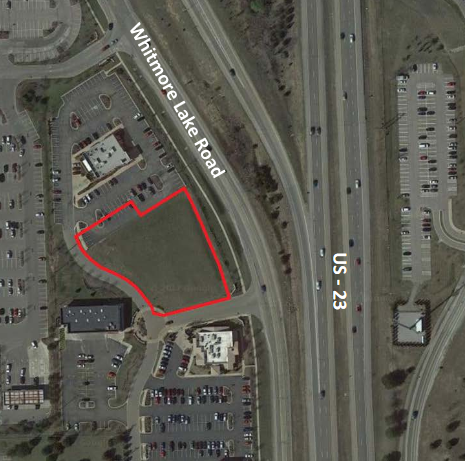 A new fast-food restaurant for Green Oak Township is one step closer to construction.

The township’s Planning Commission reviewed site plans Thursday for a Culver’s that would be located on the west side of Whitmore Lake Road, between Olive Garden and TGI-Fridays. Plans for the 4,310-square foot building were returning to the commission for a second time, as requirements were not met the first time around.

Commissioners first had to discuss a change to the area’s Planned Unit Development, or PUD agreement, needed for a critical piece of the restaurant. The agreement, first approved in 2003, allows for one fast food restaurant with a drive-through within the PUD. 15 years ago, officials worried the major corridor would only have drive-through fast-food restaurants; something that they did not envision for the exit. But Planning Consultant Paul Montagno says as this is the PUD’s last unit to be developed, commissioners weren’t concerned that one more drive-through would change the area’s character. The Planning Commission voted to recommend approval of an amendment to the PUD to allow for a second drive-through. Montagno says Union Pacific Holdings' request for extra signage for the business, however, was denied.

Approval of the request would also require an amendment to the PUD or an exception as the agreement limits a business to two signs. Union Pacific Holdings sought four, one on each side of the building. Commissioners remained firm as other businesses in the area that have made the same request are already adhering to the sign regulation.

The Planning Commission’s recommendation to amend the PUD sends the site plan to the Board of Trustees for final approval. (DK)