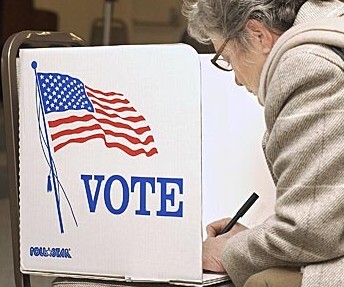 
Livingston County voters will be casting ballots in several municipal elections and deciding a school bond issue today at the polls.

There is also a bond issue on the ballot for voters in the Fowlerville Community Schools district. According to district officials, the 0.9 mill proposal would extend bond payments for one year, while not increasing the annual payment for taxpayers. The additional money will be used for “erecting, furnishing, and equipping a new elementary school building” as well as “remodeling school buildings; and preparing, developing, improving and equipping playgrounds and sites.”

Polls will be open until 8pm. You’ll find additional details on the Livingston County Clerk's webpage.