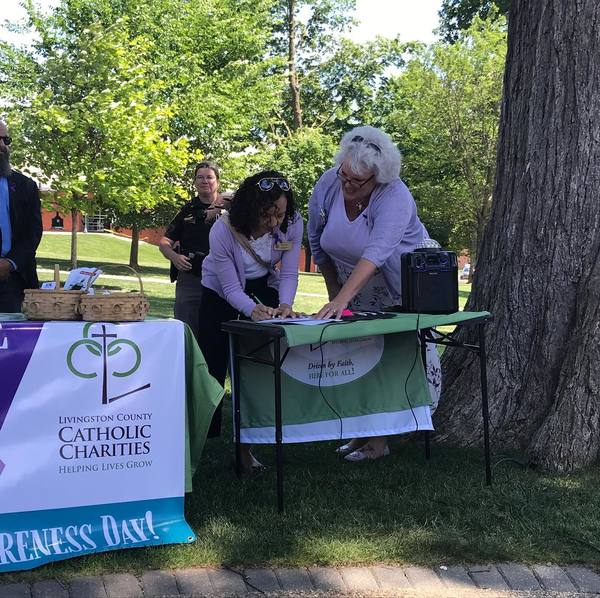 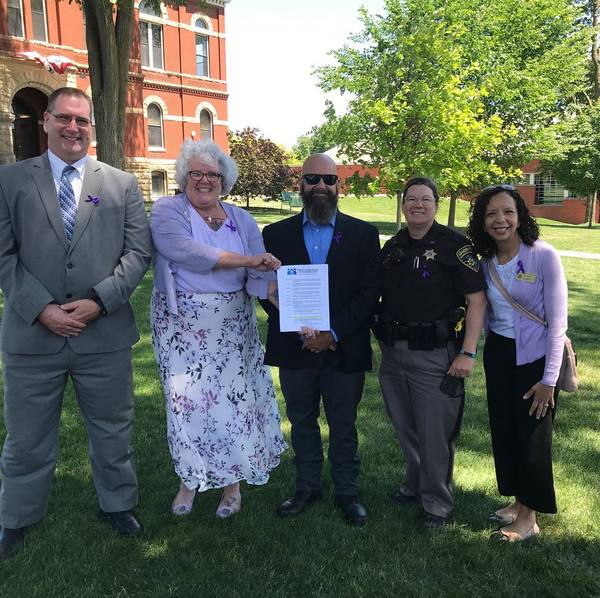 A special event was held in downtown Howell highlighting the challenges and importance of fighting elder abuse.

Elder Abuse Day was earlier this week, and was observed in communities across the world, country, and locally by Livingston County Catholic Charities.

Supporters gathered on the lawn of the Historic Howell Courthouse this past Tuesday to witness special guest speakers and a proclamation signing. The Livingston County Elder Justice Coalition was there hosting a Put on Purple campaign for awareness education.

One local senior, known as Lee shared her story about being taken advantage of by someone who she thought was a friend. That person exploited not only Lee’s wallet, but also played on her emotions, weaknesses and vulnerabilities before Lee was brave enough to contact Catholic Charities for help.

Scott Ehlfeldt of the prosecuting Attorney’s Association of Michigan noted that even if seniors can see the abuse, they are often too embarrassed to say anything. He encouraged everyone that sees something to say something.

The proclamation deeming it Elder Abuse Awareness Day was read by Senior Community Liaison with LCCC Beth Newman, and then signed by Mona Shand, who is Livingston County’s Representative for Congresswoman Elissa Slotkin.

To learn more about elder abuse, neglect, exploitation, and how you can help, contact Newman at Livingston County Catholic Charities at (517) 545-5944. Or visit the National Center on Elder Abuse at https://ncea.acl.gov