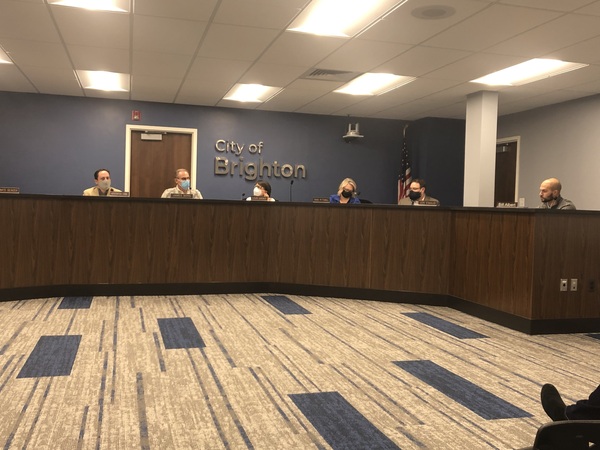 
Letters of interest and resumes are now being accepted for individuals interested in the open seat on Brighton City Council. City Council will be accepting those items until 4pm on Thursday, January the 20th.

According to City Charter, the City has 60 days to fill the seat or it will go to a special election. There were questions about whether that 60-day timer started when Pipoly announced his resignation or when the City Council accepted it, which they did as part of their meeting, Thursday night. City Manager Nate Geinzer said that in talking with the City Attorney, the Charter could be read either way. Staff had recommended an approach that erred more on the conservative side of starting the timer when the resignation was announced.

That recommendation set the application deadline for the 21st, but Mayor Pro-Tem Jim Bohn felt it would be more helpful to move it up a day to the 20th, which they did. With Council meeting later that night of the 20th, Councilmember Jon Emaus was in agreement with the move, saying it would be good to know how many people were interested before the meeting. If it is a small number, it could potentially be done in one day.

City Council is currently intending to hold interviews and possibly make an appointment at their February 3rd meeting. If a large number of applicants come forth, they would consider a special meeting on February 10th for additional interviews and deliberation. Their February 17th meeting would likely be their last day to make a decision before the special election is triggered.