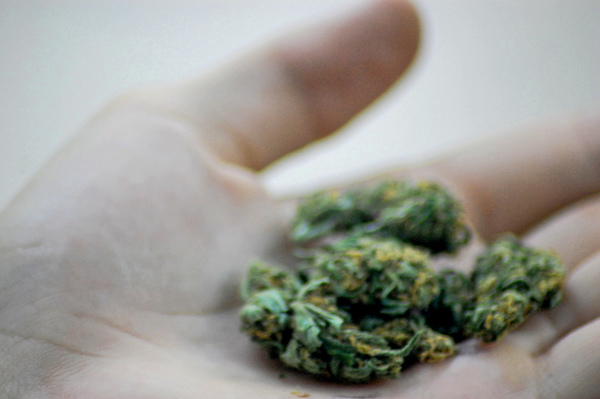 The Brighton Township Board of Trustees voted 7-0 Monday night to prohibit recreational marijuana establishments and the sale and consumption of marijuana in public places.

The board had discussed the ordinance at the December 3rd meeting before “opting out” last night. It will go into effect as soon as the township has it ready for publication. In her last meeting as clerk before taking state office, Township Clerk Ann Bollin motioned to pass the ordinance and Treasurer Rose Droulliard supported.

The state government has yet to make regulations and rules regarding the newly legalized substance and most local communities have also opted to prohibit marijuana sales until the state clarifies its policy. Brighton Township Manager Brian Vick told WHMI that the township can decide to opt in at a later date, but believes the board made the right call with the way things stand now...

“The actions from the various communities surrounding Brighton and the greater Brighton area, have all been resolute. This just is good housekeeping to protect the interest of the citizenry and the jurisdiction. So basically, there’s no doubt the vote passed, no one is trying to take anything away from that, it’s more about now that it has passed, there’s information that needs to come out of the state before we say yes, we’re in favor and here’s what we’re going to do to participate or not participate.”

“Based on those conversations, I would have made the recommendation that let’s find out. This wouldn’t be the first time a law was passed and things needed to be hammered out. Brighton Township does not have our own police department, how would that impact a jurisdiction that has no police power? We rely on the state police and the county to enforce and protect. In a jurisdiction that doesn’t have its own police, it might mean something different from a population that has 20 police officers.” (AV)