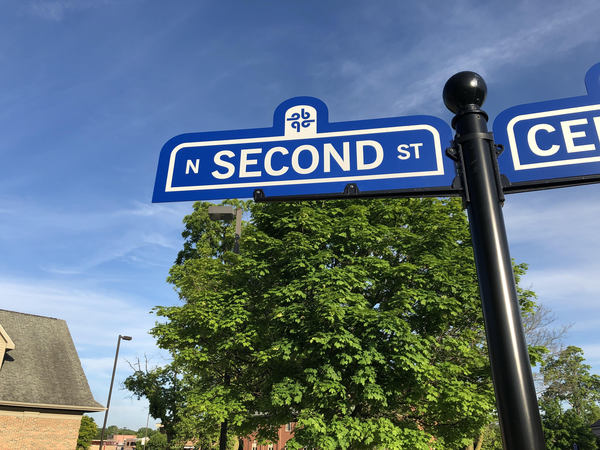 City of Brighton officials held an informal meeting to answer resident’s questions about major road work being done on North Second Street. A $2.2-million project will replace water and sewer mains, curb and gutters, and lay new pavement for the project which will take until mid-November to complete.

The first phase includes closing First Street and Second Street from millpond Lane to Walnut Street. This was originally planned to begin this coming Monday, June 11, but has been pushed back to the week of June 18. Phase two will see work at the intersection of Cross Street and North Second Street. During this phase, traffic will be closed to southbound traffic on Second Street, but will be maintained on the northbound side. For phase three, traffic will shift to southbound only, with northbound closed.

Public Works Director Marcel Goch said aging infrastructure dating back to 1939 is the main cause for the work needing to be done. Water and sewer lines are at max capacity and flow and are being upgraded in both size and dependability of material.

Goch led an informal meeting with other officials for residents at City Hall on Wednesday. Residents expressed a concern about water safety during the project. They were assured that residences would be hand delivered notices as soon as the city knows an interruption in service is planned. The information will also be posted on the city’s website and social media pages. Others weren’t pleased about their sidewalks being replaced and rebuilt to a larger, 5-foot width. 5-feet is the city’s standard in an effort to make a more walkable and ADA-compliant downtown area. While at times stretches of Second Street will be closed to regular traffic, residents were assured they would retain access to their homes throughout the entirety of the project. Trash and mail services should see zero disruption. Updates through all 3 phases of this project can be found and tracked online at www.brightoncity.org. (MK)