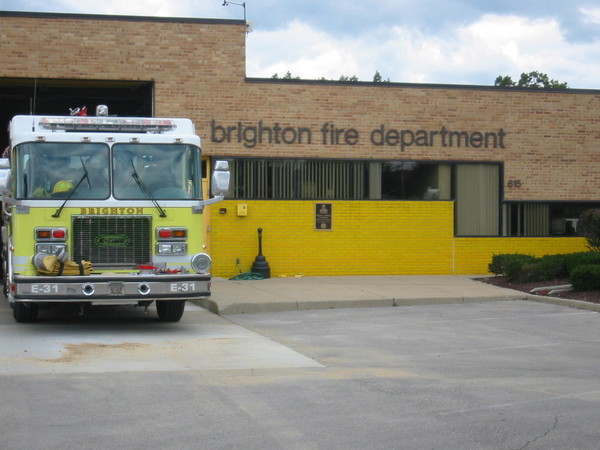 The Brighton Area Fire Authority is asking voters within its coverage area to support a new millage request on the May 7th ballot.

The 0.89-mill request is for 12 years and if passed, would aid the organization with capital replacement, repair, and additions to fire stations. It would also ensure apparatus can be replaced in accordance with the authority’s capital improvement schedule. It’s a new millage that would be in addition to the authority’s current operational millage of 1.5 mills set to expire in 2020. Fire Chief Mike O’Brian says staff is very busy and facilities have been the limiter time and time again. He says the funding would help make sure they have the infrastructure to support their firefighters and keep meeting the requests that come in on a daily basis. The Authority currently has five stations and if the millage is approved, two would be replaced and then a sixth added within the twelve year period to boost coverage and response times. Within the 12-year period, the goal would be to add the 6th station in Genoa Township in the area of Brighton and Chilson Road and Oak Pointe, where O’Brian says there are some elongated response times. The millage would give the Authority the ability to build an addition at the Dorr Road station for adequate space to allow for 24-7 staffing. O’Brian says they recently acquired four acres in Brighton Township, adjacent to one of their oldest stations on Weber Street but are currently looking at other pieces of property within a certain geographical area. O’Brian says they would be looking to replace the Weber Road station, which has been a problem for a long time and they can’t back apparatus in the building. He says they’ve also maxed out capabilities with the Main Station on Grand River and the building is getting tired. It was built in the 1970’s and now has lot of maintenance items. O’Brian says it needs a new roof and parking lot, has cracked windows and lacks space for day to day administration but also for 24-hour crews and storage of apparatus.

O’Brian says the funds would impact all facilities and allow the authority to be poised to grow with the community, provide good infrastructure and allow them to respond better. He tells WHMI they’re getting to the point where they have to update the stations to keep providing great service – noting traffic is busier and the area is growing with more building which puts more demand on staff. He says current facilities are great spaces for housing fire trucks with a couple of bathrooms and a small office but not designed to aid firefighters in what they’re doing on a daily basis. That’s involves emergency medical runs, putting out fires, auto vehicle accidents, vehicle fires, home fire safety checks, installing alarms, company based inspections and public education events. If the proposed millage doesn’t pass, O’Brian says it would really continue to limit their ability to properly staff their buildings and be prepared to respond - which is a hard thing to contemplate. He believes the Authority is really optimizing and efficient in what they do noting most staff has dual roles, their staffing model utilizes full time and part time employees, the authority has no debt and is very creative with how they utilize the money they get to provide services. O’Brian says they are always evaluating runs to make sure they’re making a difference by responding with the increase in run volume, adding staff is working hard to make sure they’re ready to go when people call 911.

The millage would be levied in the City of Brighton and in all of Genoa and Brighton Townships and would generate about $2.3 million per year in revenue, based on current property tax assessments. For every $100,000 of SEV or State Equalized Value, the proposal would cost $89 per year on the summer tax bill. For the owner of a $400,000 home, that would amount to around $180. That would be in addition to the current 1.5 mills levied on the winter tax bill that expires in 2020. O’Brian says they are ultimately trying to evaluate what is most cost efficient and it’s all about timing in the fire service and the millage would give them the opportunity to reduce response times, adding they examined how to optimize the millage ask and be very efficient. He says they need people to get out and vote or vote absentee since there is not a lot on the ballot in some communities and the proposal is important to make sure they can continue providing the service being requested. O’Brian has been out talking with community members and seeking feedback and encourages voters to contact him to discuss the proposal ahead of the May 7th election. A link to more information is provided. (JM)