Outdoor Dining Igloos Could Be Coming To Downtown Brighton 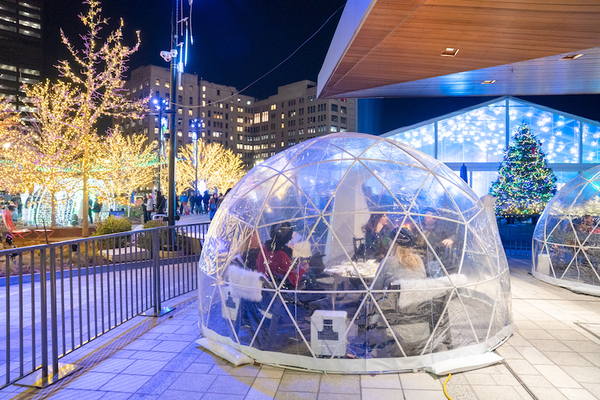 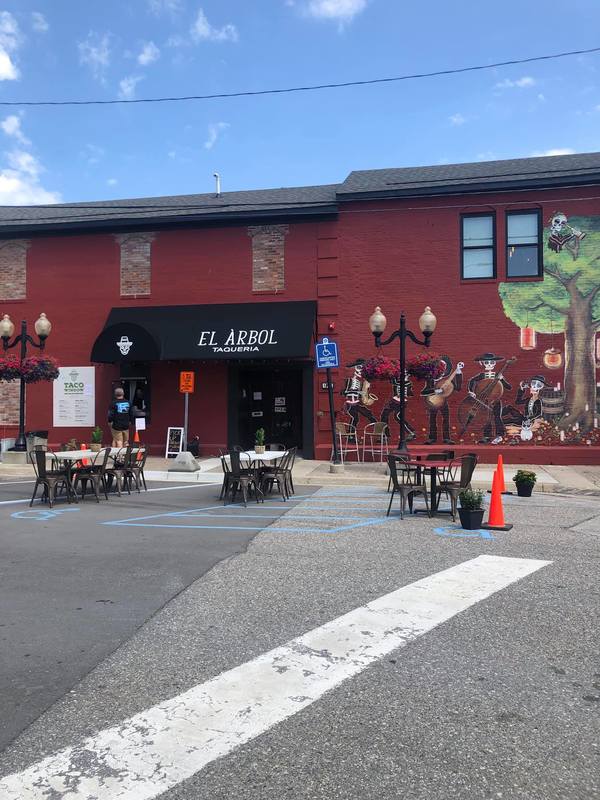 
Outdoor dining igloos could be coming to the City of Brighton this fall and winter.

The clear domes, which come in various sizes, are usually heated and allow restaurants to expand their seating capacity in the patio off-season. City staff gauged Council about the concept during last Thursday’s virtual study session, stating that some businesses in town have approached the City about dining igloos for the winter season. Due to restaurants only being allowed to operate at 50% capacity due to COVID-19, staff said many aren’t sure how they’ll do this winter and are expecting a big slide. The dining igloos are becoming very popular and could boost business. Rooftop igloos also came up and staff said no one has mentioned it yet but it could be possible at some businesses. Staff stated any igloos would be reviewed for full safety compliance if permit businesses were to use them on their private property or in a sidewalk café area.

Staff noted there are some areas where the igloos could be easily utilized and still be able to maintain walkways. Staff commented that the igloos would basically be replacing tables in current outdoor dining area under the sidewalk café permits so the permits and liability would basically be the same. The sidewalk cafes usually shut down November 1st or earlier depending on weather and it was stated those café permit deadline could just be extended. There are some businesses that don’t have the opportunity due to small sidewalks, which is why they’re asking to close off some parking spaces. There could potentially be a different type of an approval process either administrative or via temporary land use for requests outside of sidewalk areas.

Staff sought guidance from Council about permitting the igloos in certain street areas. Winter maintenance and plowing along Main Street is said to be more demanding, thus Council and staff weren’t in favor of blocking off any parking spots there but more so on side streets and other areas.

One of the main requests is coming from Chef Steve Pilon who owns The Wooden Spoon and El Arbol, which is located on West Street. That location has some angle parking spaces adjacent to the restaurant Pilon would like to block off to utilize for three or four dining igloos, which staff didn’t see a problem with. The handicap spaces would be preserved. Staff also measured at Champs Pub recently and stated they could probably put in two igloos and still maintain a walkway.

Some on Council had questions about disinfecting and safety protocols related to the COVID-19 pandemic. Pilon noted he planned to box in the igloos with concrete barriers to protect all customers and employees from any snow plow issues in the winter or danger of vehicles blowing a tire. He further explained the disinfecting process he plans to use for igloos on both properties. Pilon told Council he purchased electrostatic disinfecting fogging machine cleaners that use certified COVID killer. He said the igloos are not air tight and have some air flow and ventilation, which is why they need an additional heating element inside.

Councilman Jim Bohn raised some concerns about health and safety due to people being in an enclosed space with no ventilation during the ongoing health crisis. Community Development Manager Mike Caruso told Council he had a long discussion with the Livingston County Health
Department and it gave overwhelming support toward the concept. He said the department is recommending it for businesses since the igloos can be vented and fit a table of 6 to 8, which falls within COVID-19 guidelines. The igloos would be by party reservation – not different groups of people.

Caruso and the Planning Commission are in the process of creating an ordinance that would cover businesses currently using their own private property for patio areas and outdoor dining, with Jameson’s Irish Pub and The Wooden Spoon cited as examples.

Council was in favor of moving forward with the general dining igloo concept. Staff will be reaching out to the township attorney about the best approach and the topic will be brought back to Council for further discussion. Igloo Photo: www.gardenigloousa.com. El Arbol Photo: Facebook.