Brighton 4th Of July Parade Will Go On, With Changes 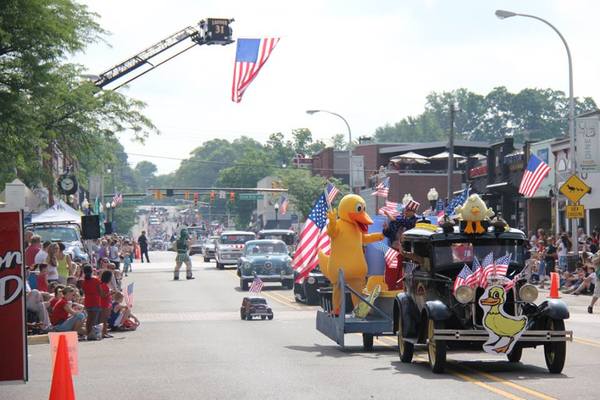 
The City of Brighton’s 4th of July parade will go on with some changes this year, but some of the popular social activities will be taking a year off.

The Brighton Area Fire Authority is confirming that this year’s parade will be happening, but some added precautions will be in effect. They are asking that there be no handouts, including candy, by parade participants or watchers. This year’s route has been extended to allow families to spread out more, which is being asked. The parade, which begins at 10am, will travel down Main Street, past Seventh Street, to the light entrance at the high school. If you are in the parade or watching and don’t feel well, the fire department is asking that stay home and instead watch the live broadcast which can be found on YouTube and Facebook. Finally they ask that everyone remain flexible as they are working with unknowns, and more changes could be needed before the big day.

This year’s theme is Proud To Be An American, and residents are invited to decorate their floats, cars, bikes and t-shirts to show that.

Given the uncertainties surrounding the pandemic, however, the Livingston Sunrise Rotary is announcing the cancellation of the Hungry Duck Walk/Run Marathon, the Kids Duckling Dash, and the Great Duck Race on the Millpond. In a release, the Board of Directors stated that, in good conscience, they believe these cancellations are in the best interest of the public and safety of the community.

For more updates on the day’s programming, visit the Brighton 4th of July Facebook page.