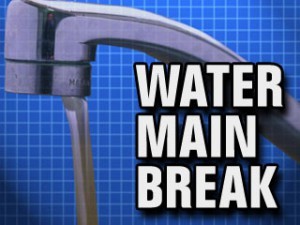 UPDATE: The February 3rd Precautionary Boil Water Notice has been rescinded following the repair of a water main and subsequent shut down of the water system and the satisfactory completion of the Bacteriological Survey showing that the water is safe to drink. Anyone with questions is asked to contact the Livingston Community Water Authority at 810-231-1333 ext. 102.

A boil water advisory has been issued for some Livingston Community Water Authority customers in Brighton Township.

The Boil Water Notice applies to the Country Club Subdivision, located north of Grand River and west of Old US-23. According to a notice from the authority, a water leak was reported at about 6pm Sunday in the intersection of Weber and Military Streets. Attempts were made this morning to close valves to isolate the water main break and open the emergency connection with the City of Brighton, but officials say the valves would not shut off the water and allow the repair to be made. With freezing temperatures coming at night, the decision was made to shut down the system within the subdivision and repair the water main.

As a result, a boil water advisory was issued for 72 hours or until testing confirms everything is clear. The advisory is intended for any water that will be used for human consumption. You’ll find complete details through the attachment below. (JK)