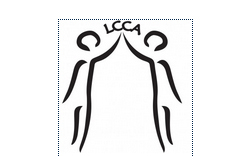 Comcast customers in Livingston County will see a series of messages from a local nonprofit group in the next few weeks.

The Livingston County Community Alliance has partnered with Comcast to produce and air a series of Public Service Announcements on the topics of drug abuse prevention and the safe disposal of prescription medications. The three 30-second spots will highlight prevention efforts in the county as well as the Big Red Barrel, and will air over the next four weeks on a variety of Comcast channels, with the goal of getting them in front of parents and children.

Megan Palmer of the LCCA said they wanted to bring their prevention message to as many people as possible, in order to “meet them where they are, which is why these commercials are such a powerful tool." The spots feature students from Students Leading Students, a prevention program in Pinckney Community Schools, and will run through the end of April.

In addition, April 27th is National Drug Take Back Day, a day designed to encourage people to safely dispose of unused and unwanted prescription medications, to ensure that they don't fall into the wrong hands. The Big Red Barrel offers Livingston County residents the chance to do just that, and can be found at all Michigan State police posts, all local police departments, and the Livingston County Jail. For more information on the Big Red Barrel or other LCCA prevention efforts, use the link below. (JK)